An overview of Marble Exports in India

As the world economy strives to regain its lost momentum due to the coronavirus pandemic, the rapid increase in the exports of natural stones in India has sent a positive vibe to the country. In fact, the exports of the natural stones have returned to pre-pandemic levels. According to the latest reports, the exports recorded of the first half of the year surpassed even the figures of the previous year and witnessed a surge in the value of exports of marble stone by over 6.43%, granite by 20.92% and ceramics by 57.35%. The industry witnessed a jump between the first quarter of the year and the second trimester of 2021 in regard to the value of marble and granite exports, while in ceramics a minimal reduction was apprehended by marble exporters. The following given table exhibits the changes (%) between the first Semesters of 2020 – 2021 and between the first three months and the second trimester of 2021:

The above-given table clearly shows the quick surge between the first quarters of both 2020 and 2021 across all materials but also the contained jump between the first and second trimester of 2021 in the marble and granite segments. According to experts, the major reasons behind this slow growth are the shortages of shipment containers and increasing transit costs.

Now, look at the scenario of the first three months of 2021.

Now, if we talk about the exports of marble products from India to other countries in the year 2019, the following data emerges up.

Below is the share of total exports across all the nations where it is exported.

In year 2019, India stands at the 3rd position in the overall exports of building stone. (Consider the following graph)

Due to its crystallized appearance and finer design pattern, Makrana white marble boasts no variation. Since it is of high quality, this stone product features a unique look and look that is indignant. If you are looking for a wonderful white marble that contains no variation, it is Makrana white marble stone that would emerge as the most sought-after choice. Processed at various marble manufacturing units in Rajasthan, this white Indian marble is a great choice. Its major physical and chemical features include compressive strength (157.0 MPa), density (2560 kg/m3), flexural strength (14.2 MPa), and water absorption (0.62% mass).

Highlighting a white backdrop and a mix of snow-white, brown, and grey colored spots, Alaska White Marble is an extremely popular white Indian marble all across the world. Due to its superb physical and chemical characteristics, this marble stone lends superior levels of strength, enactment, and original sheen. Although white is considered a neutral color, white marble emerges as the most preferred choice of architects and builders when it comes to giving an astonishing visual appeal to any space. For both residential and commercial projects, white marble leads the chart due to its enticing aesthetical appeal and efficient supremacy.

Whenever it comes to giving an astounding visual appeal to any space, white onyx marble emerges as the foremost choice. Often termed as regal stone, White Onyx Stone exhibits a glowing effect when placed over a light source. The design pattern of this white marble boasts a clear white backdrop with unevent waves in varying colors of green, whitish-grey, brown, and pink.

There are many marble suppliers in India that provide this marble variant at the most attractive rates for both domestic and commercial applications.

Commonly admired for its natural surface texture and appearance, Statuario Marble is a wonderful marble stone for different types of architecture and construction applications. Due to its unmatched hardness, endurance, strength, and weathering properties, it is widely used in flooring, monuments, kitchen countertops, monuments, window sills, pool coping, and sinks. 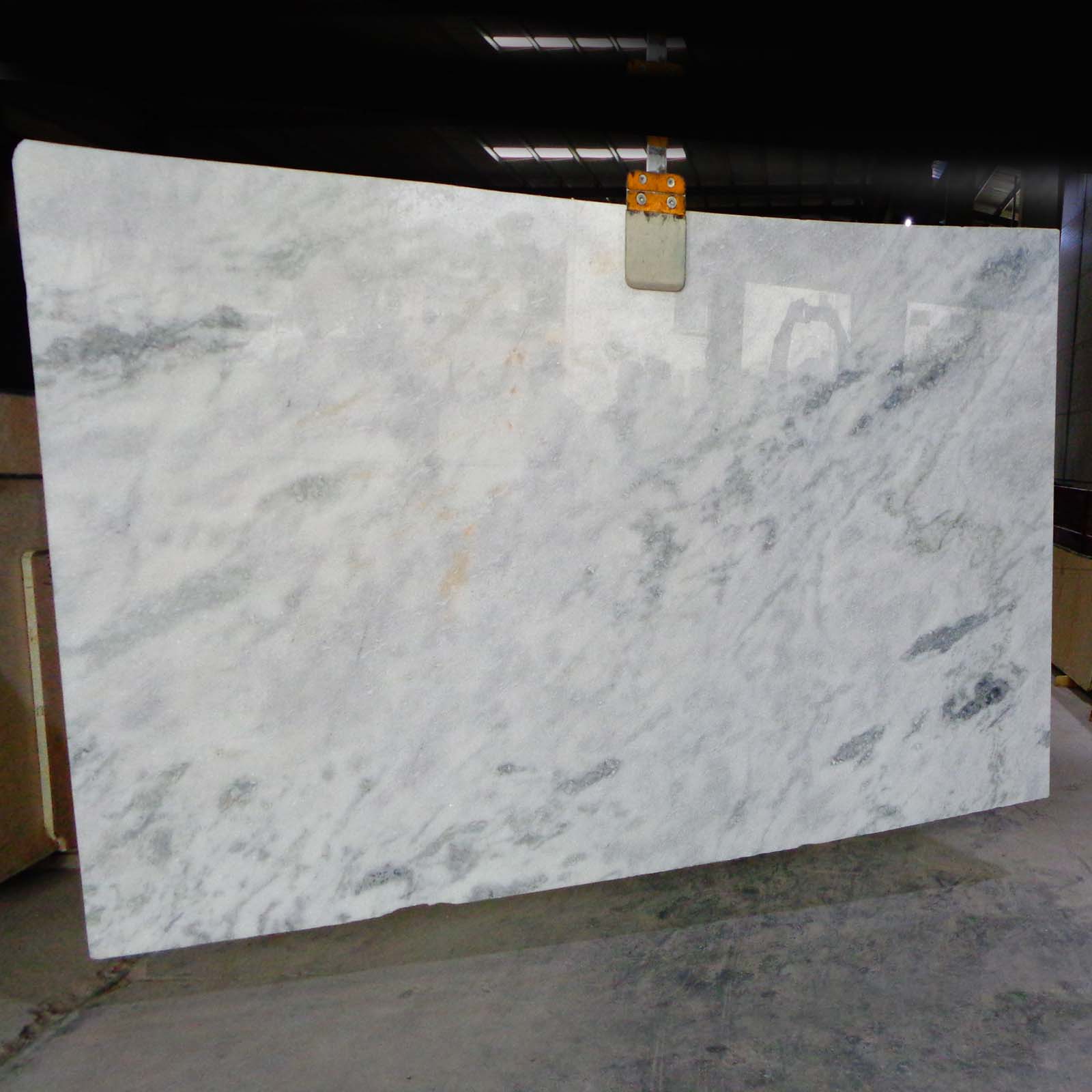 It is a very common marble that can easily be found with any marble slab supplier in India. Whether you are an architect, contractor, builder or even a homeowner, India would surely be a great choice to buy high quality marble stones for your project.