Everything You Need To Know About Green Marble

The use of marble in architecture is nothing new as this natural stone has been used for years in both residential and commercial construction. It is the unmatched beauty and workability of marble that make it a stone of choice for various construction applications. And, when it comes to sourcing high-quality marble, Indian marble emerges as the best choice for architects, homeowners, and construction contractors worldwide.

But, before we delve deep into the world of green marble, let’s find out more about marble stone and its characteristics. 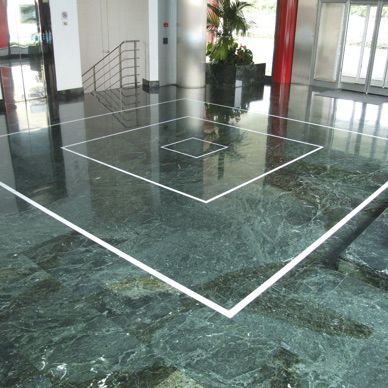 What Does Marble Mean?

It has the potential to glisten and shine. Marble stone is formed by the metamorphism of pure limestone or dolomite. Marble’s various hues and textures are caused by impurities such as sand, iron oxides, chert, and clay. The recrystallization of impurities is caused by high pressure and temperature over centuries since the creation of earth through metamorphism. 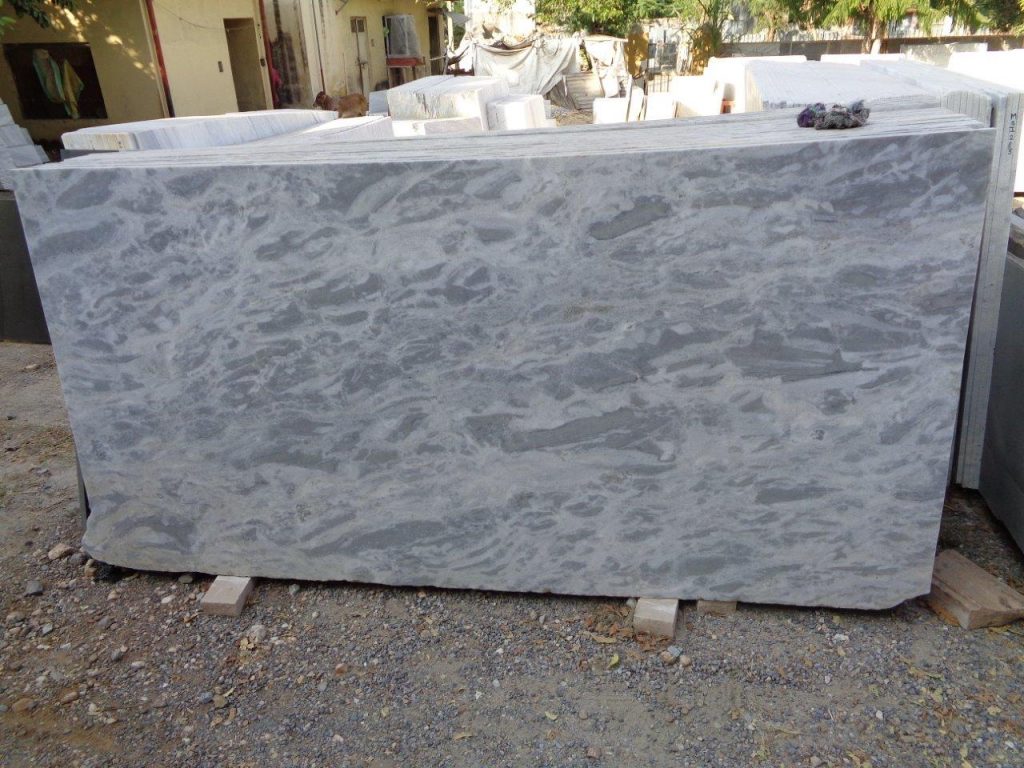 Petrographically, marbles are huge rather than thin-layered. It might be a calcite mosaic that is barely visible under a microscope. If the granite is substantially distorted, the grains appear as elongated stripes on the surface. The purest form of metamorphic marbles, such as Carrara, is composed of accessory minerals, the most frequent of which are quartz formed in small round grains in colorless or pale mica, black and shiny particles of iron oxide, graphite, and pyrite.

What does green marble mean?

When the metamorphism of marble rocks takes place, some typical minerals such as serpentine [hydrous magnesium iron phyllosilicate ((Mg, Fe) 3Si2O5(OH)4] and low quantities of chromium, manganese, cobalt, or nickel-like mineral elements lead to green color in the marble with characteristic hues and textures.

In short, all green marbles are not true marbles by definition in geology, yet they are nevertheless attractive and thought to be used as such.

Green marble is considered the hardest marble kind in the world due to its high serpentine content, and this belief has encouraged the usage of this marble in all parts of the world. 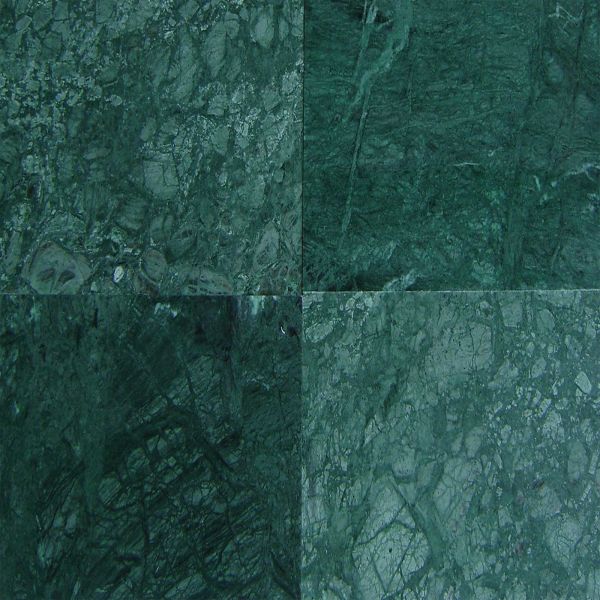 This type of marble is primarily divided into two types – Dark Green and Light Green. Both these marble types can be obtained in India are easily available at various marble suppliers and exporters in India.

Below are some of the most popular Indian green marble variants to choose from. 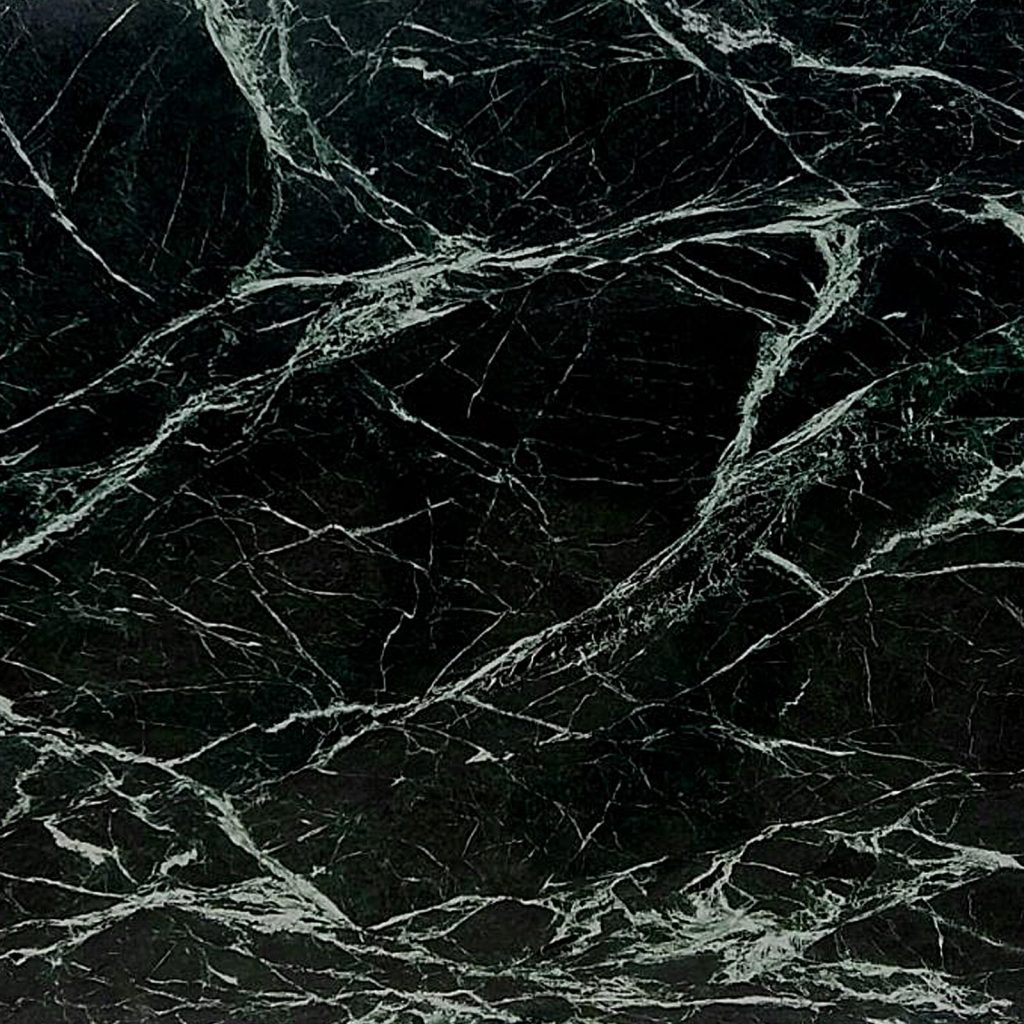 Obtained from marble quarries located in North India, this marble is one of the most popular green marbles from India. This Indian marble boasts a green backdrop with sleek white-colored veins which give this stone stunning looks whether installed indoor or outdoor. It is also known as Rajasthan Green Marble, India Green Marble, Spider Dark Green Marble, and Green Spider Marble. It is primarily used in countertops, stairs, flooring, worktops, vanity tops, sculptures, and wall cladding.

Another popular green Indian marble from India is Rain Forest Green Marble. Boasting a metallic green color, this marble features brown-colored veins that run haphazardly on its surface. The overall look mimics a dense forest and this is why it is named ‘Rain Forest’.

Because of its appealing texture and capacity to shine beautifully after polishing, it is a popular material for both exterior and interior design. Rain Forest Green marble is a popular choice for kitchen and bathroom installations, and it’s often utilized to make kitchen counters, vanity countertops, and stairs and risers. 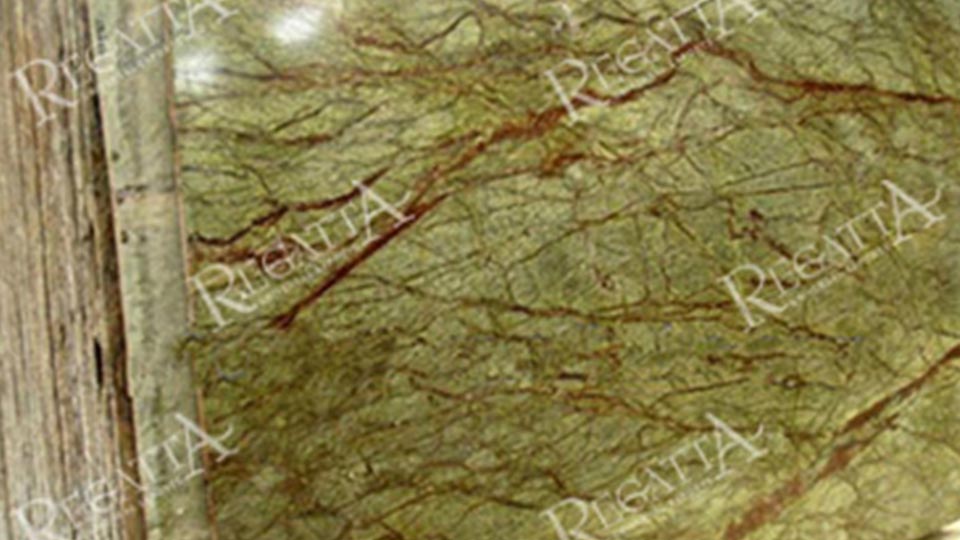 Green Onyx marble, also known as Lady Onyx Green marble, is a white foundation Indian marble that is mostly found in Rajasthan’s Salumbar district. This Indian onyx stone product is distinguished by random twirls of green and pink and bears green as the predominant hue with mild tones of cream and green.

This marble is utilized to construct surfaces where its distinctive trait of transparency toward the light may be employed dramatically for embellishing fireplace surrounds, tiny islands, walls, and bar tops. Green Onyx marble is a popular natural stone for outdoor and interior floors as well as cladding, and it may be found in both architecture and sculpture.

The use of green marble in architecture is nothing new as it has been in use for several years. From countertops to stairs, wall cladding, and other architectural elements, this marble has become extremely popular among architects. If you want to import green marble, there are many Indian marble exporters in the country that provide high-quality natural stones at the most competitive rates.