INDIAN SANDSTONE – ENTICING THE WORLD WITH ITS PERFORMANCE

For ages, sandstone has been adorning the world with its beauty and performance. Be it residential construction or commercial construction, sandstone exhibits superb characteristics that make it a stone of choice among architects, construction contractors, builders, and homeowners. And when it comes to getting the best quality sandstone, Indian emerges as the top-most supplier of sandstone in the world.

As its name suggests, sandstone refers to a rock that is formed from sand or quartz grains that join together under heavy pressure and temperature. The presence of other materials like silica, lime, iron, and others plays a substantial role in the formation of sandstone. Other things like its grain size, cementing material, and compression ascertains its density, permeability, and usage. As far as its color is concerned, the presence of other materials determines the same. For example, ferruginous sandstone is of red or brown color, argillaceous are of earthly color, and sometimes white. Due to oxidation, the ferruginous sandstone is usually meant to vary in its color from reddish to brown buff, beige and greenish.

Among all the dimension stones available to choose from, sandstone tops the chart for being easily available and durable with a great variety of colors that are hard to be matched by its counterparts.

Indian sandstone is being largely used for a range of construction applications worldwide due to its diversity in terms of colors, patterns, texture along with easy availability, and affordability. The best thing about Indian sandstone is that it comes in wide varieties which means it is easy to get sandstone of a desired color and texture from India, and that too at competitive rates. This is why most B2B natural stone buyers consider Indian as the first and foremost avenue to get high-quality sandstone in various colors and textures.

The applications of Indian sandstone can be mostly found in architectural marvels of Europe, the Middle East, and India. Do you know that there are more than 1500 marvellous structures made out of natural stones? Most of these structures exhibit the creation of global importance. Delicate stone carvings representing the magnificent past are jewels decorating most of the Indian architecture.

Some of the prominent architectural wonders made of sandstone are Amber Fort, India Gate, Qutub Minar, Jaisalmer Fort, Rashtrapati Bhavan, and others. Below are some of the applications of sandstone in various projects.

In India, Rajasthan is found to be a hub of sandstone which produces almost 90% of India’s total sandstone production. In recent times, the North-Western state of India has witnessed a sharp growth in sandstone quarrying, processing, and exports. This usually exhibits a promising future for the region.

Sandstone reserves in the country are projected at nearly 1,000 million tonnes and extended over in the states of Andhra Pradesh, Bihar, Assam, Haryana, Gujarat, Madhya Pradesh, Mizoram, Meghalaya, Mizoram, Karnataka, Punjab, Orissa, Rajasthan, Tamil Nadu, Uttar Pradesh, and West Bengal. Out of the total sandstone production in India, 900 million tonnes belong to the state of Rajasthan and are spread over the regions of Bharatpur, Dholpur, Jodhpur, Kota, Chittorgarh, Sawai Madhopur, Bundi, Bikaner, Pali, Jhalawar, and Jaisalmer.

From a geology perspective, the sandstone rocks of the Vindhyan Supergroup range from Chittorgarh in the west to Sasaram in the east, Harda to Hoshangabad are considered highly significant. The other rock units connected with Vidhyans are the Kurnool System in Kundair Valley and Paland Tract, Indravati, and Raipur series in the state of Chhatisgarh, Bhima range in Gulbarga and Bijapur regions in the South. 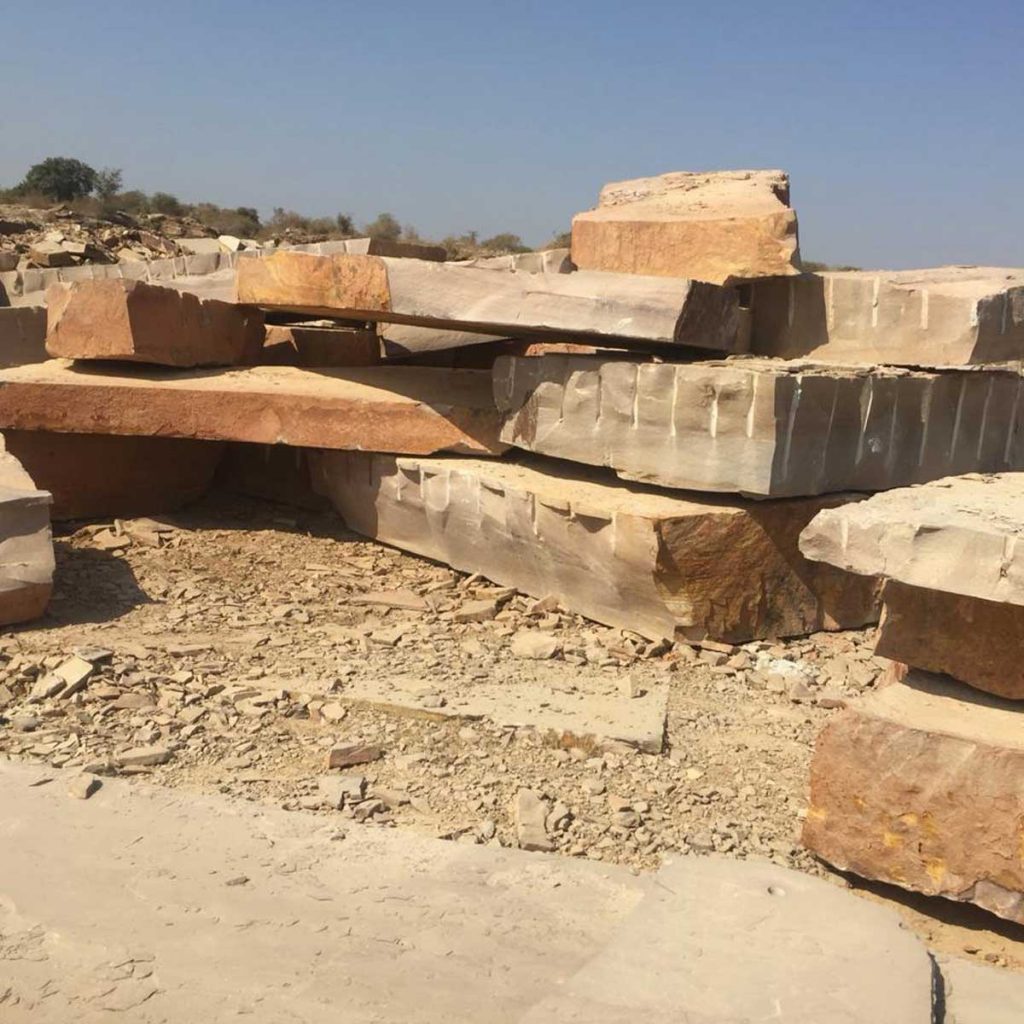 Some of the most popular varieties of Indian sandstone are: 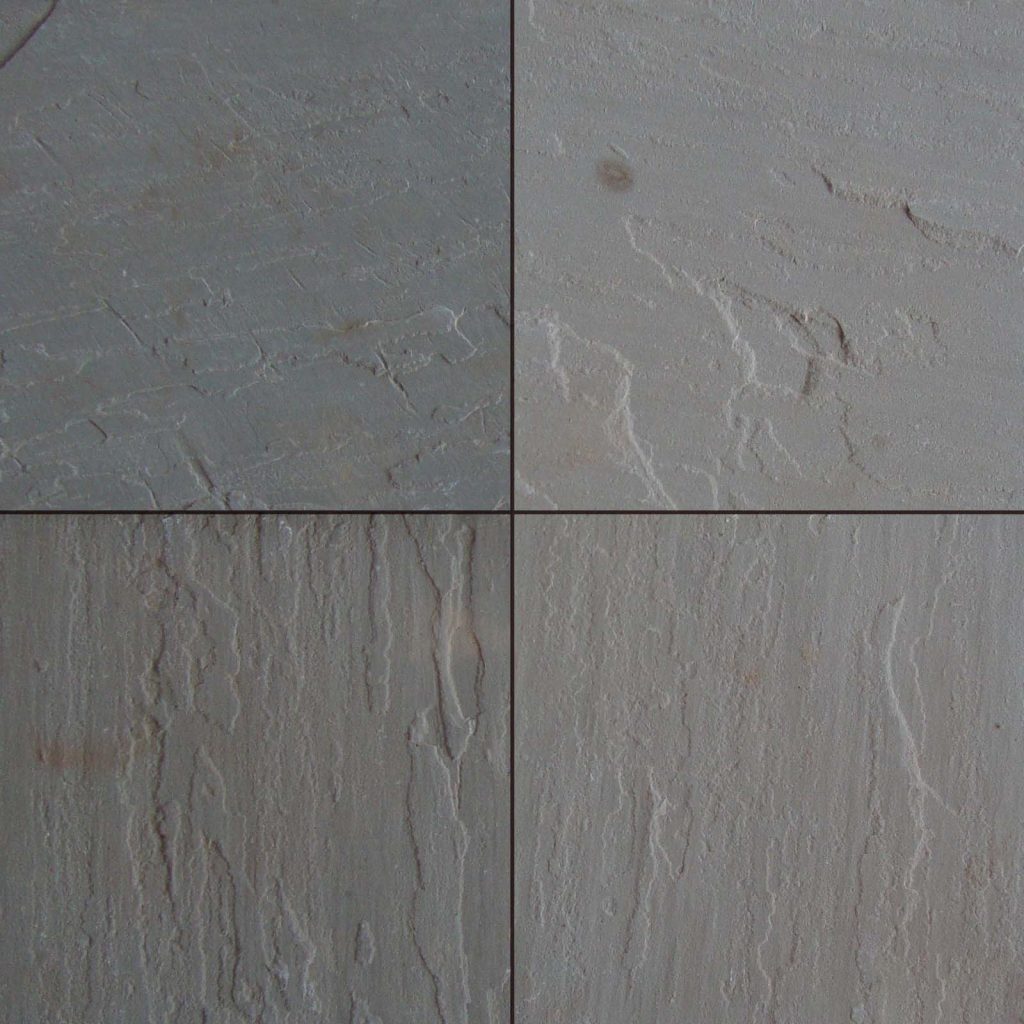 Also called Bhilwara Grey Sandstone, Kandla Grey is a pretty grey-hued sandstone, which exhibits a superior level of consistency in its texture. The best thing about this Indian sandstone is that it can also be bought in dark and light grey colors. Its superior standards of hardness, durability, and weathering resistance make it apt for indoor and outdoor projects.  Appropriate material for paving, flooring, and wall cladding jobs, this Kandla grey sandstone is a preferred option for pool surrounds. This sandstone is also called Bhilwara Grey Sandstone 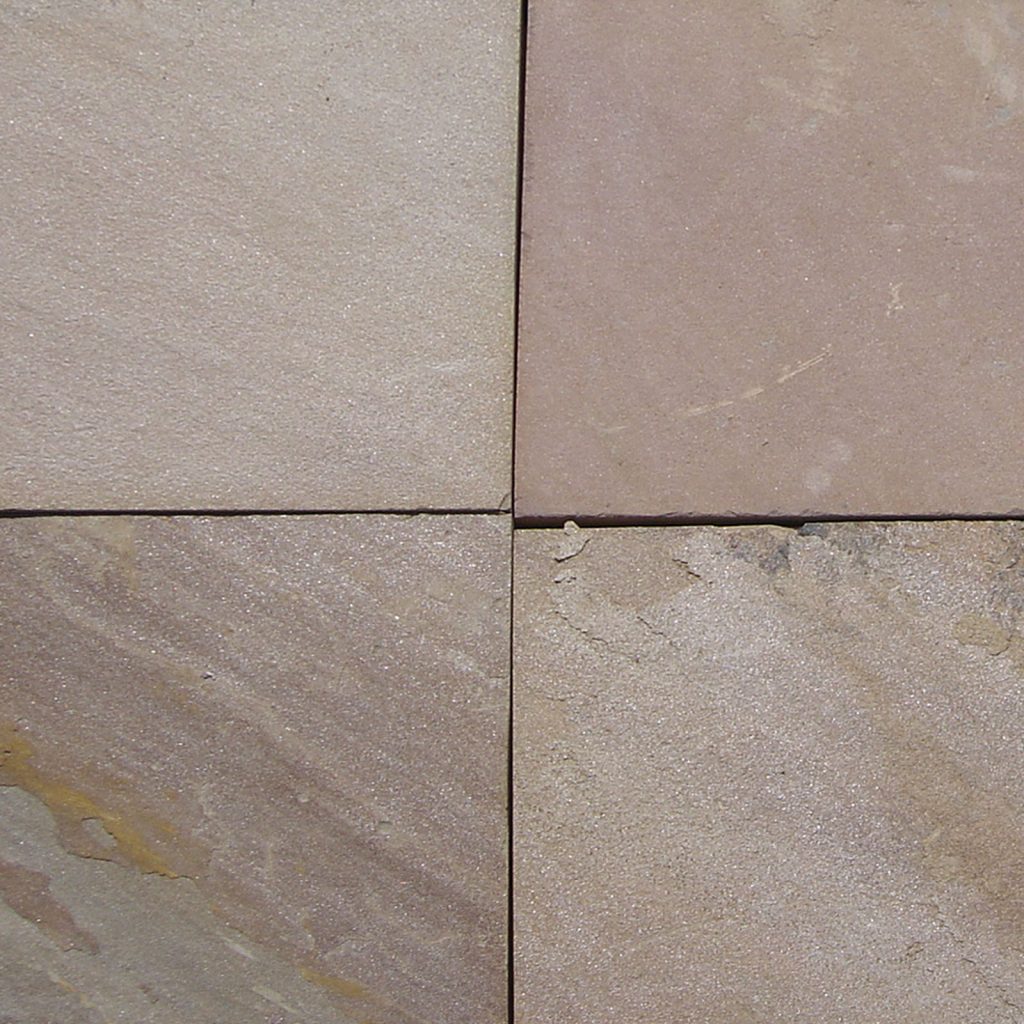 Primarily known for its stunning looks and excellent slip-resistant qualities, Modak Sandstone is another popular sandstone from India. This sandstone is extracted in the form of rough blocks and then further treated to attain slabs of varying thicknesses considering the exact nature of the application. Its ability to show consistent performance against various elements over longer periods makes it a versatile natural stone for a range of applications. 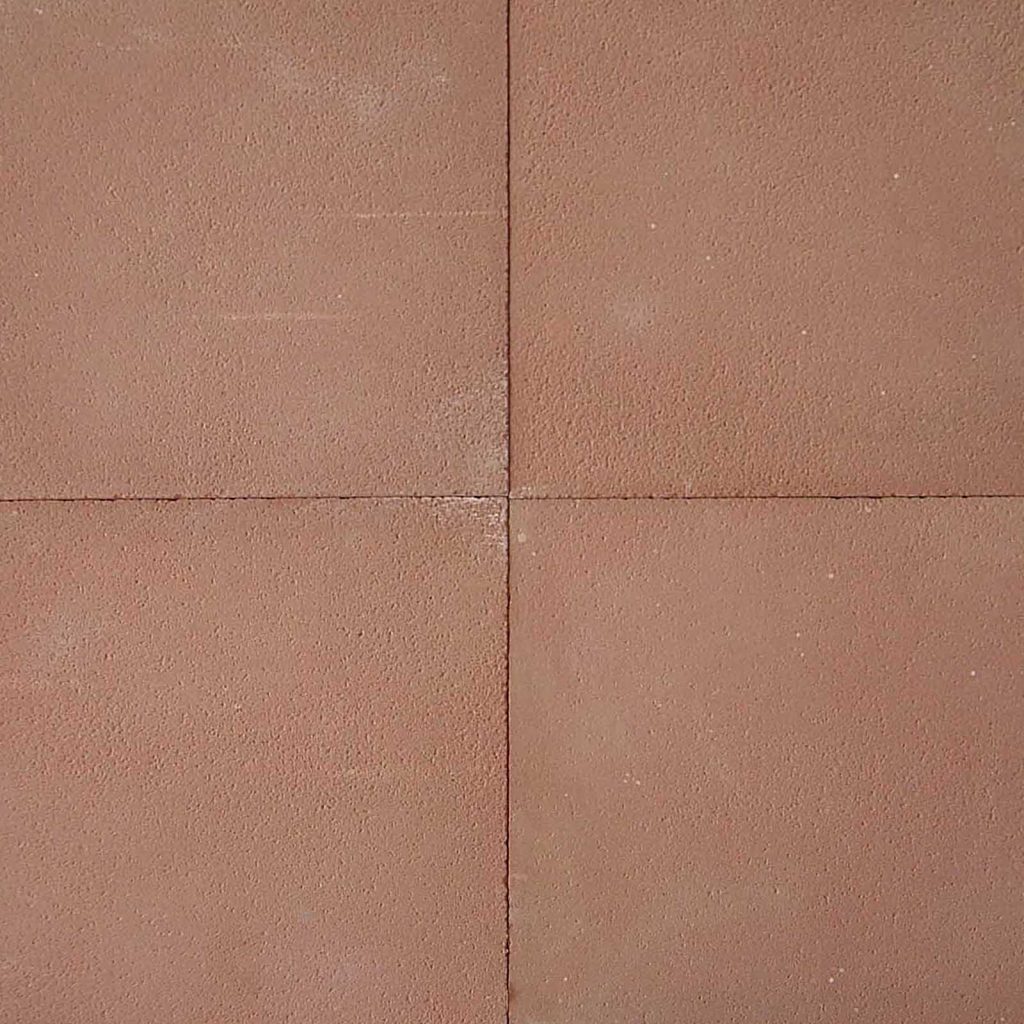 Commonly known as Dholpur Red Sandstone, this sandstone is red. The reason behind this color is the presence of iron oxides near the bedding sites. Due to the proximity of its quarries to the city of Agra, it got its name – Agra Red. This sandstone hasn’t exhibited any weathering effects for longer years as recommended by the present condition of popular historic monuments and temples. For example,

For architects, construction contractors, builders, homeowners, and others, Indian sandstone emerges as the most preferred choice in terms of look, durability, and affordability. Due to the presence of numerous sandstone quarries and sandstone exporters in India, getting high-quality stones is a smooth affair.